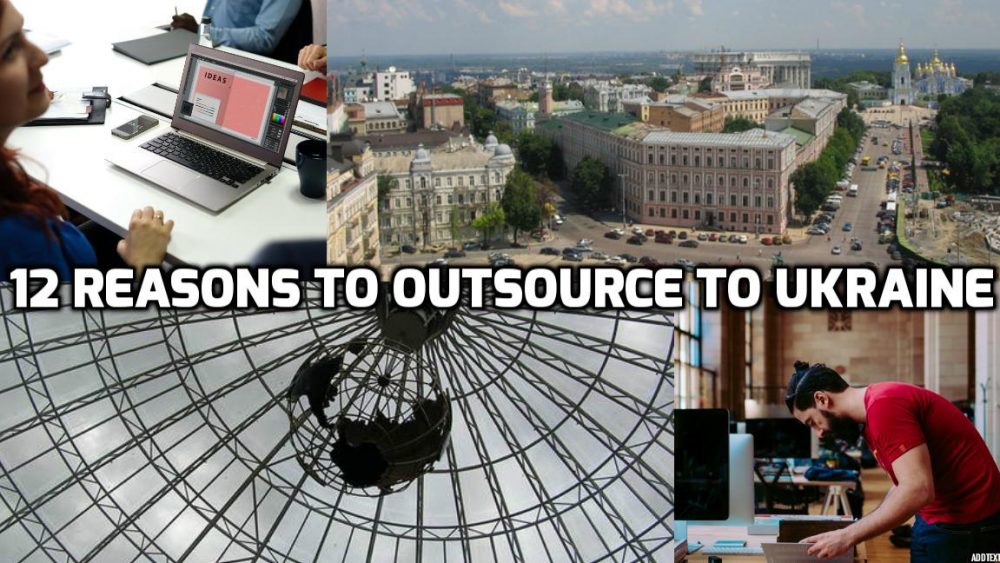 So if you’re choosing between several destinations, there are quite a few arguments in favor of outsourcing to Ukraine. What’s more, the number of these arguments is growing with each year. I fact, here is a high-level overview of the local market and what makes it attractive in 2018.

Ukraine emerged as an offshore software development destination in the early 2000s. By 2015, the country’s software outsourcing market has grown to become the 3rd biggest sector in the country’s economy.

So what are the reasons for these rankings? What’s more important, what are the viable benefits of outsourcing to Ukraine? Let’s look at the key arguments for hiring software development companies in Ukraine.

The number of tech-intensive companies in Ukraine has exceeded 3000 in 2017. At least 1000 of them specialize in software development. The remaining 2000 employ software engineers and consider development integral to their business processes.

2. A pool of over 50 000 software development specialists

90 000–100 000 Ukrainians are working for software development companies. At least 50% are software developers, and 19% of them have more than 7 years of proven experience.

Due to the growing interest in software development as a profession, the number of Ukrainian developers is forecast to reach 180–200K by 2020.

3. Ukraine is in the top-3 by the number of certified software development specialists

When it comes to Ukrainian software developers, it’s not just the quantity of specialists that helps the country stand out among other outsourcing destinations.

In addition to occupying leading positions by the number of developers, Ukraine has a lot to offer in terms of their qualification. Today, Ukraine belongs to the list of top-3 European countries with the biggest number of certified software development professionals.

In 2017, 13 software development companies from Ukraine were on the The Global Outsourcing 100 List published by the International Association of Outsourcing Professionals (IAOP). In 2018, this number increased to 18 companies.

Based on the data from Clutch, the 2017’s listing of top-35 IoT developers includes 5 Ukrainian companies. The country holds the world’s leadership by the number of Unity3D developers and engineers specialising in C++. The 2017’s Global Outsourcing 100 ranking published by IAOP includes 13 companies that have software development offices in Ukraine — that’s three more than in 2016.

Microsoft, Samsung and IBM are just a few examples of industry giants that have development and/or R&D teams in Ukraine. The list of software brands that outsource their production to Ukrainian developers also includes Qualcomm, WhatsApp, Viber, Magento, and Wix to name a few.

In addition to tech-intensive companies, there are world-known brands like Jaguar, Guiness, and Crocs. Any chance you use Dollar Shave Club on Android? The new version of that app is a work of a development shop from Ukraine, too.

6. Ukraine is in Bloomberg’s top-5 for postsecondary education

This ranking is from Bloomberg’s Innovation Index, yet it deserves a separate mention. Out of 802 Ukrainian universities and colleges, 122 teach computer science and CS-related courses as majors. According to different sources, the annual number of graduates in CS-related fields ranges from 15 000 to 20 000. There’s also are hundreds of non-university programs that teach programming and quality assurance.

8. Ukraine is the home of world-class product companies

Presence of product companies in a country’s market indicates how mature that country’s tech culture is. As time goes, software development professionals move from excellence in writing code to excellence in building products. And Ukraine has a proven record of successful commercial products that became an innovation in their niche.

Grammarly, MacPaw, DepositPhotos and Jooble are just a few names known outside of Ukraine. This year alone, 20 Ukrainian startups have showcased their products during CES 2017.

The so-called IT clusters are associations of software development companies located in a particular region. These associations include:

Thanks to its location in Eastern Europe, Ukraine has a minimal time gap with most of the Western Europe. While the time difference is greater with the US, many American companies still choose Ukrainian developers due to the quality of service they provide.

In the early 2000s, Ukraine occupied the 6th position among European countries with the lowest cost of living. In 2004, a month worth of a senior Java developers work cost 2800–3000 dollars.

Even though the prices have risen significantly since that time, the country can still offer a lot in the way of cost-savings. In 2017, Ukrainian developers charge 40–60% less as compared to their colleagues in the US, while demonstrating comparable technical skills.

Thanks to this price difference, tech companies can hire Ukrainian developers to increase their production capacity. Being able to build twice more features on the same budget provides you with a significant competitive edge over all-local US-based teams.

Language and culture barriers are not an issue in Ukraine. A little over 40% of Ukrainians developers speak fluent English. A little less that 39% characterise their English as intermediate, yet they have a solid mastery of technical topics. With over 80% English-speaking professionals specialising in software development, Ukraine is one of the friendliest destinations for product companies from the US.

As you can see, there are quite a few reasons to choose Ukraine over other software outsourcing destinations. Still, the best way to find out if this location suits best for your project is to contact a dev shop and order a pilot project. When it comes to the new clients of DedicatedTeams, this option is risk-free thanks to our love-us-or-don’t-pay trial. Want to know more?